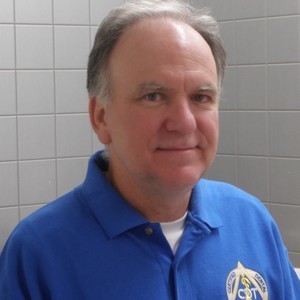 Tim Stevenson, CDT has been in the dental lab industry for over 35 years. Started as a trainee at Sheen Dental Lab in Largo Florida, Tim was the first employee at Sheen and gained much knowledge under the direction of the founder of Sheen Dental, Geoff Sheen (who is now known as Dr. Geoff Sheen in Prosthodontics of Augusta GA).

During the last 35+ years, Tim has worked in both large production labs and as well in house technician with a pioneer in dental implants. For the last 25 years he has owned and operated Stevenson Dental Technology CDL in Citrus County Florida.

As the owner of Stevenson Dental Technology CDL, Tim is most proud of his staff of 12 very dedicated employees. Growth in the industry is dependent on qualified staff and SDtech is committed to the educational advancement of his staff. Because of this, SDtech is known for its knowledge in implants and large reconstructive cases.

Tim is very active in many study groups in the central Florida area, Spears Study Club along with ITI (International Team for Implantology). He enjoys collaborating with many different dental professionals on many complex issues. His knowledge on implants/abutments has been invaluable to the members of the clubs.

Tim is the 2018 President of the Florida Dental Laboratory Association. He has served on the board with the FDLA starting in 2015. Tim is proud member of both the FDLA and the NADL.

While not at the lab, Tim enjoys all the Nature Coast of Florida has to offer. Kayaking, fishing, sailing, bicycling our many trails, and spending time in the yard on his new tractor! Tim has married to his spouse Linda going on 38 years and they have a son Brad who also works in the industry.