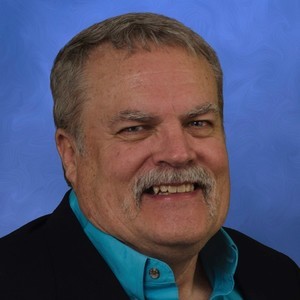 I joined Rogue Valley Dental Arts, Inc. (Medford, OR) as their Removable Dept. Manager in February of 2017 after spending the previous year and a half working for Aspen Dental in their Roseburg, OR office and starting up their Klamath Falls, OR location. Shortly after moving to Klamath Falls, OR I began the online Denturist program at American Denturist Collage now the American Denturist School in January of 2016. I received my Diploma From American Denturist Collage in May of 2019 after finishing up my externship. We are currently in the process of building out Innovative Dentures and Hybrids, Inc. our Denturist Office.

I attended Pima Community Collages 2 year accredited Dental Lab Technician Program (79, 80) and received my Complete Denture Certification in 1981, and my Crown & Bridge Certification in 1991, and Implant Certification in 2018. I’ve worked as a department manager for large corporate labs, small boutique labs, as an inhouse tech and managed a removable lab for a large 8 office group practice, in addition to owning and operating my own lab.

I competed in the Kulzer Best Denture competition in 2012 placing 2nd to Brian Carson work. I’m a member of the DTG Affiliates and had the pleasure of competing in their World Mixed Dental Arts Competition Removable Division in 2017. This was one of the best experiences I’ve had in my career, getting to compete and exchange information and techniques with individuals whom I feel are the best at what we do. I was selected to compete in the Panthera Mastercup competition in 2018.

When I’m not working I can be found working on my Photography skills, in the winter skiing when I get a chance, or on occasion teaching or practicing Martial Arts. My Martial Arts roots go back almost 50 years. I hold Black Belts in both Karate (5th) and Jujitsu (4th) and now that I’m finishing up all the other things I had on my plate I hope to get back into working out again on a regular basis.

I’ll have been married for 35 years this year and we have 2 sons and 2 Grandsons. Both of our boys live on the west coast so we spend time between San Diego, CA and Spokane, WA when we have free time. I’m proud to say that one of our boys is a 2nd generation removable technician, and is interested in becoming a CDT and potentially a Denturist as well.