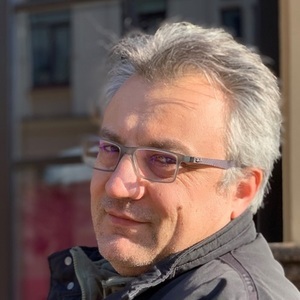 I graduated the dental college in 1997, went to army for 6 month then worked in a lab for almost one year as an apprentice, doing just models, metal and polishing, but I was lucky enough to be near a real mentor that inspired me thru the years .
With some help from my father and my sister, who is seven years older then me and she is a dentist, I opened my own lab in summer of 1999, when I was 23 years old, doing mostly acrylic c&b and dentures in the beginning.

In 2003 I was having three employes and I started with ceramics , by the end of 2006 I was already looking for a new facility , having 5 people working in the small lab that I had.I moved in 2007, then moved again to a bigger lab in 2011.

In 2009 I bought an used Amann Girrbach Ceramill Multi-X and began working with zirconia. In 2013 I bought my first scanner, a 3shape D250, wich still works 😊 and , two years later, my first milling machine,a Wieland Select , wich was a turning point for the business.

I went into the 3d printing with a formlabs 2 in 2016, followed by a Nextdent 5100 in 2019.
In parallel with my lab, I partnered with a local dental material producer and bought a Renishaw AM400 metal printer , a Dlyte polishing machine and a Ivoclar PM7 milling machine and opened a milling and printing business for other labs, specialized in rpd frameworks and implant cases.

Now, my lab team has 10 employes and we’re doing almost everything, except ortho, many of the cases from the last years being implant work and full mouth reabilitations.
We started with digital dentures now and we try to get as digital as we can, having all the resources and knowledge need it for this.

In the little free time that I have I am a radioamateur and Iike all kind of technical stuff, I even do all my repairs and maintenance for the lab equipment by myself, as a hobby😊